The life and times of Paul Jabara

To celebrate Paul’s talents as a singer and songwriter, UMe announces the digital debuts of his Casablanca albums Shut Out and Keeping Time • Expanded Editions releasing September 30, 2022 Singer, Songwriter, Actor, Producer, and Film/TV/Musical Theater Composer, Paul Frederick Jabara, was born in Brooklyn, New York on January 31, 1948. The only son of Olga and Sam Jabara, Paul had two older sisters, Delores and Claudette. His love of music originated almost from birth, and he entertained his family and their friends as soon as he learned to talk.

A multi-talented phenomenon, he went on to win the Oscar, Grammy, Golden Globe, and People’s Choice Award, among many other honors. Paul began his career as a teenager, modeling for magazines and appearing in television commercials. He also auditioned for The Sound of Music and was offered a part in the national company, but his parents wouldn’t allow him to go.

His song-writing credits include many platinum and gold records. Among his biggest hits: “Last Dance,” recorded by Donna Summer for her movie Thank God It’s Friday, which won Paul the 1979 Oscar for Best Song; “The Main Event,” co-written with Bruce Roberts and recorded by Barbra Streisand; “No More Tears (Enough is Enough),” also with Bruce Roberts, recorded as a duet by Streisand and Summer; “Work That Body,” Diana Ross; and “Two Lovers,” Julio Iglesias. Perhaps his most famous hit, was “It’s Raining Men,” co-written with Paul Shaffer and originally recorded in 1982 by The Weather Girls; it was later covered by Geri Halliwell in 2001, when it became a worldwide hit for the second time. As an actor, Paul’s first big break came in 1968, when he landed a feature role in the original Broadway cast of Hair. He created the role of King Herod in the original London production of Jesus Christ Superstar, performing Herod’s Song to a standing ovation at every performance. (As a result of this performance, producer Robert Stigwood wanted to cast Paul in the title role of Joseph and the Amazing Technicolor Dreamcoat on the London stage. British Actor’s Equity did not want the leading role to go to an American actor and refused to allow Jabara to do the part. In protest, he chained himself to 10 Downing Street, making headlines in all the British papers, The New York Times and other papers around the world.)

He later took over the starring role in The Rocky Horror Show in Los Angeles, replacing Tim Curry who left for England to make the film version. Paul also acted in a dozen feature films including Midnight Cowboy; The Lords of Flatbush; The Day of the Locust; Medea (in Italy, with Maria Callas); Light Sleeper; The Ski Bum; Les Patterson Saves the World; Honky Tonk Freeway; Star 80; Legal Eagles; and Thank God Its Friday. Regularly appearing on television, his credits included The Tonight Show; The Merv Griffin Show; American Bandstand; The Dinah Shore Show; Starsky and Hutch; Mary Hartman, Mary Hartman; The Equalizer; The Rubber Gun Squad; and two made-for-television films, The Last Angry Man and Out of the Darkness.

As a musical theater creator, Paul brought his many talents together at the tender age of 23, when he wrote the book, music, lyrics, and acted in Rachael Lily Rosenbloom…and don’t you ever forget it!, a Broadway musical produced by Robert Stigwood at the Broadhurst Theatre. After months of turbulent rewrites and other changes, the show did not have the opportunity to iron out its kinks on the road and, unfortunately, it closed in previews.

Paul will always be remembered by those that knew him for getting up and entertaining people with highlights from his latest production, whether it was at home or at a party. He was a one-man show who delighted in performing for his audience.

He has been credited with co-founding the Red Ribbon Project in 1991, and distributing the first AIDS Red Ribbons. This highly recognized symbol spawned the use of different colored ribbons to raise awareness of other causes and is widely used today.

Paul passed away in Los Angeles, California at the age of 44 on September 29, 1992. He is buried at Greenwood Cemetery in Brooklyn, New York. At his memorial service, his many friends and collaborators performed We’re Gonna Win, an AIDS awareness song he wrote for Donna Summer that was never officially released. Since that time, the song has been locked in a vault and has never been publicly performed again.

Happily, the memory of this entertainment genius will live on. On September 30, 2022, to commemorate the 30th anniversary of Paul’s passing, Casablanca Records released new, digital remasterings of Paul’s first two solo albums, Shut Out and Keeping Time. And a complete biography, Paul Jabara (and don’t you ever forget it!) – amusingly riffing on the title of his musical – will be published by Wordeee in 2023.

Rachel Lily Rosenbloom and Don’t You Ever Forget It!
(1973)
A New Musical.
Book, Music and Lyrics by Paul Jabara
Produced by Robert Stigwood at the Broadhurst Theatre, New York (1973) 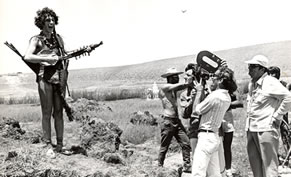 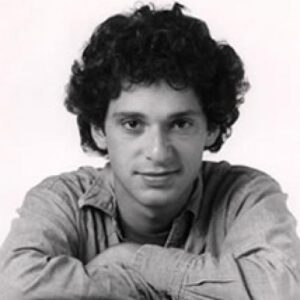 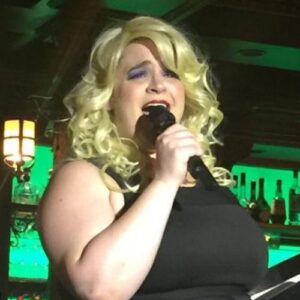 I close my eyes and like a film, I fast forward, stop, and rewind images of Paul. Each time, I linger on those images and freeze frame Paul at different …